THE ALMOST TRUE ACCOUNT OF HOW I HURT MY FOOT

Ok, so I need to first apologize for being absent in the Blogshpere lately. Spring has been more than chaotic and my online presence has suffered greatly. But things are beginning to slow down so I'm hoping to get around to visiting your blogs soon. ☺

It seems like Mother nature has been unleashing some serious wrath this spring. More currently the outbreak of tornadoes that have been wreaking havoc on the citizens of the southeast. The heart wrenching stories we hear from the victims and the stories unfolding as I type will continue as the forces of nature relentlessly terrorize. This morning my husband left for a month for Alabama where he'll be aiding the victims in Tuscaloosa.
I need a distraction. And I'm sure many of you do as well. SO, I wanted to try and make you smile today. (Well besides that little tidbit of doom.) I know that this is a great community of Bloggers and already many of you are using your blogging skills to help the tornado victims. You guys are all amazing, you proved that during Write Hope. ☺

Last Friday I had a little incident and I've been gimping about ever since. There's been a few speculations as to what happened...all lies. Lies I tell ya!

Now I'm sure my husband, Bobby, will try to weave a web of lies and make you believe I wrecked a little 1978 trail bike and that's how I hurt myself. But that'd be false. In all actuality it was a


RSV4 SUPERBIKE!!!﻿
I'm not usually one to brag but...I'm a freaking natural! This was my FIRST time ever on a vehicle that wasn't safely grounded by four wheels with a high back seat AND seat belts, safely encasing driver and passengers with metal on all sides. And I'd be amiss to say I wasn't at first intimidated my the pure raw power of this machine﻿. So for awhile I teetered precariously on the bike ranging in speeds of 10mph and 2 as I got a feel for the clutch, brake and gears.
But before long I was cruising up and down my street. I was pushing break neck speeds upward of 25mph!!
I was soaring.
It was as close to flying as I was going to get. Heck, it was as close to running as I was going to get.
I felt free.
Invincible.
Maybe a little cocky.
Wanting to live up to my self proclaimed title as a bad ass I started taking the turns faster. I'd put my foot down and lean into the turn as I pulled back on the throttle (As Seen on TV) making that awesome grating sound as the bottom of my shoe slid over loose gravel signifying my coolness.
Amanda Milner: HARDCORE
I was flying back down my road. My fastest yet! ( I had to be pushing 25mph) I readied myself for another bad ass turn as I passed Bobby who was trying hard to not look impressed as he sprayed weeds in the ditch.
HIGHWAY TO HELL by AC/DC played loudly all around me, a fitting theme song for my new hard core persona.
Of course if you ask Bobby, who's a liar, he'll tell you I was singing FREE FALLING by Tom Petty. 0.o
Then it happened.
~Now I think it's been well established that you can't believe a word my husband says on this matter. Obviously he is threatened by a wife who surpasses him in awesomeness. So when he tells you I got a little too cocky and took the turn a little too fast, ignore him. He may even go as far to say I hit the throttle instead of the handbrake resulting in me sliding on my side with my foot trapped under the bike which is a LIE.
I mean that just makes me seem pathetic.~
Nope, you have to hear my more accurate account of what happened.
Because it's AWESOME.
You see, as I took the turn, flawlessly, I came face to face with a tank that'd completely blocked the road in a threatening manner. Strapped to the roof of the tank was an Armed. Nuclear. Warhead. 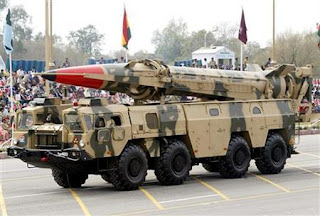 And guarding the nuke were guerrilla-looking terrorists with machine guns. 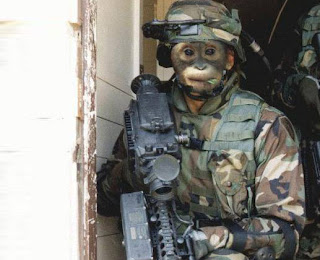 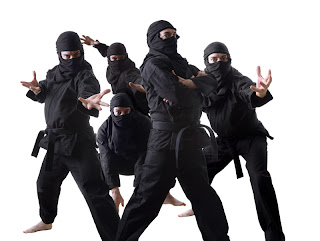 The nuke was aimed at my peaceful little town of Wenatchee and the ninjas and machine guns were aimed at me.

There was little time to react. I looked to Bobby for guidance but he was already saving the yard from ruthless weeds.

I alone had to save our town.

I hit the throttle. Machine gun fire rained down obliterating the road before me as I dodged each lethal strike with super human precision.
Right before hitting the tank I cranked the handlebars, laying the bike on its side and sliding under the tank in an explosion of sparks and curses from the terrorists.
As I came to the other side I grabbed at the undercarriage of the tank and flung myself onto the back of the tank in a move that'd put Lara Croft to shame. 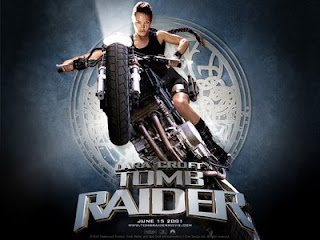 The stunned terrorists never had a chance to turn their weapons back on me before I had them disarmed. Defenseless they yelled for their ninjas to attack.

The ninjas were fast.

But I was faster.

One by one they fell. Littering the tank like crumpled candy bar wrappers.

With the last one down I checked on Bobby who was mercilessly annihilating a particularly bad weed.

My relief was only temporary.

Seconds ticked on the clock of the live nuke.

I tried to disarm it but it was locked with a 20 digit code. I lifted the panel to McGyver it but it was obviously rigged with countless trick wires. One wrong clip...

The nuked counted down.

I grimaced through my triumphant smile as I slid off the tank and into the arms of my awestruck husband.

And THAT is the almost true account of how I hurt my foot.


﻿
﻿
﻿So please tell me, have any of you done something particularly idiotic and wished there was a better story to tell when someone asked you "how the heck did THAT happen??"
I'd love to hear it.
☺
﻿
﻿
Posted by Amanda Milner at 2:14 PM